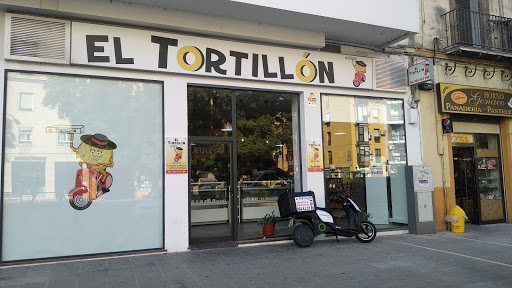 Alter Capital, participated by European funds managed by the Junta de Andalucía and private investors, has underwritten €1 million financing round of the Sevillian company Casero y Natural, whose trade name is “El Tortillón”. The firm, which currently has nine shops in Seville, Huelva and Malaga, sells 30,000 potatoes omelettes every month “made one by one in a frying pan and with shell eggs, without any preservatives”. In addition, he cooks up to forty dishes to take home and his omelettes are already sold in large supermarkets.

In this way, Casero & Natural has brought in Alter Capital as a shareholder to accelerate its expansion plan, which includes the opening of 60 of its own shops in the coming years in Spain, as well as continuing to grow in the retail channel with its homemade products. It does not rule out franchising the business, although it is still maturing. In addition, just over a month ago, the company opened a restaurant in Alcalá de Guadaíra, Tortillón Tapas, with a 250 square metre terrace, thus creating a new line of business.

The Sevillian Luis Galve Pons is the founder of El Tortillón, who already created in 2011 the franchise Yogurice, which reached a hundred open locations in Spain and Portugal. In 2015 he sold the franchise and a year later opened his first El Tortillón shop in Ciudad Expo, in the Sevillian town of Mairena del Aljarafe. In 2019, together with Víctor Funez, he created the company Casero & Natural, which Álvaro Morillo has also joined. From now on, these three partners will have another travelling companion, the Alter Cap Andalucía fund, which the owners chose after discarding the offer of several industrial groups, says Galve.

Casero y Natural, the company that owns the El Tortillón shops, currently has nine establishments in Seville (Calle Luis Montoto, Bermejales and Pino Montano), its province (Dos Hermanas, Mairena, Utrera and Alcalá de Guadaíra), Lepe (Huelva) and the city of Málaga. It will soon open shops in the Sevillian town of San José de la Rinconada and in calle Juan de Pineda on the corner with San Vicente de Paul, in Triana, as well as another restaurant in Lepe. In summer, it will also open for several months on the beach of La Antilla (Lepe).

“We want to open the 60 new shops in Cádiz and Badajoz, where we have already found premises, as well as in Madrid. In the Spanish capital we are already looking for locations to open several shops at the same time,” says the founder of Casero y Natural, a company that had a turnover of 3 million euros in the second year of the pandemic, although the forecast for 2022 is to reach 5 million euros in revenue. “The first year of the confinement we had a hard time because we had to take an ERTE for five months because we were not allowed to open because the Administration understood that we were a catering business, although our premises were not consumed”, says the founder of the company.

In his shops he sells cooked products, with more than 40 different dishes. On the other hand, for the last year, his homemade omelettes have also been sold in large supermarkets, such as Carrefour and MAS supermarkets. “Right now we are making around 30,000 tortillas a month, each weighing 1.8 kilos, and we sell them at a price of 7 euros”, says Luis Galve. Every month, the company consumes 65,000 kilos of potatoes, part of which is produced by the company itself in Palma del Río.

The company, which has around a hundred employees, has a factory in Palma del Río (Córdoba) – it supplies large supermarkets with home-made omelettes – and in “the Pibo industrial park” in Bollullos de la Mitación (Seville), where it produces prepared dishes for its shops.

Casero & Natural partners are also convinced that the company has “a great opportunity for growth in the international market, where its star product, the potato omelette, is undoubtedly one of the best known and most highly valued in Spanish gastronomy. “We would like to jump into the international market in 2024”, say company sources.